GUNTUR: A 45-year-old from Narsaraopet in Guntur district has succumbed to COVID-19, taking the toll in the state to six. Meanwhile, an infectee from East Godavari district, who delayed in getting treated despite showing symptoms, is in a critical condition.

As many as 363 people have tested positive for coronavirus in Andhra Pradesh till Thursday, with 11 new cases being reported from Prakasam, two from Guntur, and one each from Kadapa and East Godavari districts. In Chittoor district, the first person to test positive there has recovered and been discharged. 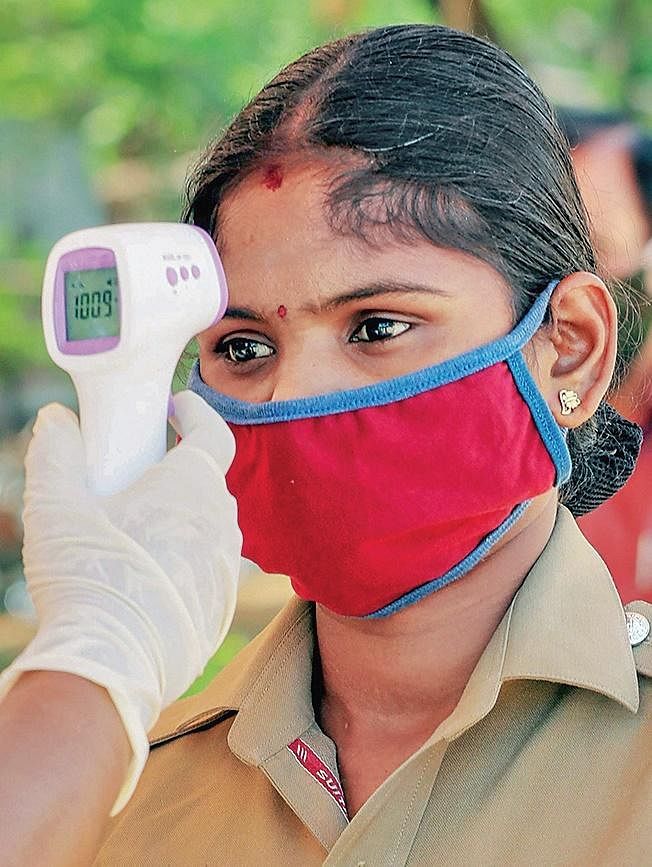 With one more death and another positive case in Guntur, Collector I Samuel Anand Kumar said a Rs 1,000 fine will be imposed on people not wearing face masks when on the road.

The person who died on Thursday had gone to the Narsaraopet Government Hospital on Monday as he was suffering from tuberculosis. On Wednesday, he got himself admitted at the Government Fever Hospital in Guntur as he had symptoms of COVID-19.

His samples were sent for testing, and he was being treated, but succumbed that night.

The patient worked as a local cable operator, and used to collect fees from the public every month in Ramireddypeta, Arundelpet and on Palnadu Road. The locality in which he lived and the areas he visited have been declared as red zones, and are being disinfected.

ANMs, Asha workers and volunteers started a door-to-door survey in Ramireddypet and Varavakatta, and the deceased person’s relatives were shifted to a quarantine centre and their samples collected for testing.

Meanwhile, a government school teacher from Payakaraopet in Visakhapatnam district, who came to Katipudi in East Godavari district and got himself treated at private hospital instead of going to a government one, tested positive for coronavirus on Thursday. As his condition is critical, he was shifted to Visakhapatnam.

Survey should be in accordance with ICMR suggestions: Jagan

He had gone to his native place in Kathipudi to celebrate Ugadi, and despite suffering from COVID-19 symptoms, did not report to the authorities, but went to a private hospital instead. Volunteers conducting a door-to-door survey heard about his condition and shifted him to the Kakinada GGH on Wednesday night. He tested positive on Thursday, by when his condition turned critical. “He is a government employee, and acted irresponsibly by not reporting his condition to medical officers. Action will be taken against the private hospital that treated him against the rules,” district Collector D Muralidhar Reddy said.

Meanwhile, the first COVID-19 patient from Chittoor district was discharged from Ruia hospital after his recovery. The 25-year-old from Srikalahasti was pursuing his MCA in London, and returned to his native place on March 19. He had tested positive on March 24. So far, 10 people have recovered from COVID-19 and been discharged in Andhra Pradesh. Earlier in the day at a review meeting with officials, Chief Minister YS Jagan Mohan Reddy directed the officials concerned to ensure that the ongoing symptomatic survey, being conducted for the third time in the state, is in accordance with the suggestions made by the Indian Council of Medical Research (ICMR).  The Chief Minister asked the officials to include two more categories as per the guidelines of the ICMR and add more questions to the survey. “Ensure that the door-to-door survey is conducted without any lapses,” Jagan said, and asked the officials to ensure the health details of family members collected during the survey are in order.

All CETs postponed
The AP State Council of Higher Education has postponed all Common Entrance Tests (CETs) including EAMCET in view of the possible extension of lockdown. The APSCHE said that the revised schedule for conduct of CETs will be announced later after the lockdown period

With a 45-year-old succumbing to COVID-19 and the number of infectees rising, here’s a look at the spread of the virus in the State