COVID-19: Many linked to Delhi returnees under watch in Andhra Pradesh

VIJAYAWADA: The number of COVID-19 cases in the State rose to 255 on Sunday.  The number of deaths in the also rose to three, the latest victim being a 55-year-old from Machilipatnam.

Meanwhile, samples of another 209 people, both symptomatic and asymptomatic, from across the State were collected on Sunday and sent for testing.

The number could be more, as officials of Krishna district refused to disclose the details of the samples collected from the people on Sunday.

In Kadapa district, samples of 100 people, suspected to have come in contact with people who travelled from Delhi after attending a religious meeting, sent for testing. Most of them were home quarantined and some were at government quarantine centres.  In Anantapur district, samples of 24 people were taken and of them, 15 were admitted to isolation ward in Government General Hospital. 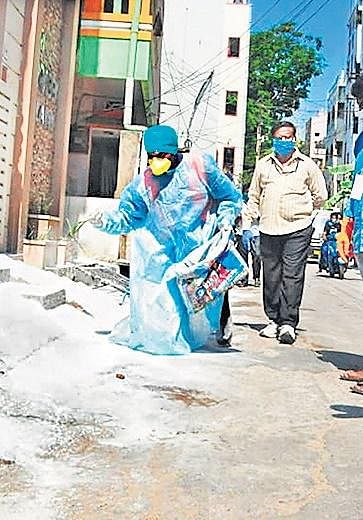 In Guntur district, 43 people more people were shifted to quarantine centres and their samples were collected. Most of them were in contact with people who returned from Delhi. People from Guntur, Managalagir, Achampet, and Karampudi were shifted to quarantine centres.  In contrast to the last few days, in Visakhapatnam, only two people were admitted to the isolation ward in Government Chest Hospital since Saturday night.

A 65-year-old man from Pithapuram, who was in contact with the person tested positive, a 23-year-old man from Kakinada, who returned from Delhi, and another 30-year-old man, who returned from Vizag to Kakinada, were admitted to the isolation ward. Their samples were sent for testing Though there were no new cases admitted in West Godavari district, results of as many as 244 samples are awaited.  In Prakasam district, samples of 18 more people were sent for testing.