VIJAYAWADA: With 443 new coronavirus cases in 24 hours, Andhra Pradesh’s total confirmed COVID-19 count rose to 9,372 on Monday. While 392 cases reported were of locals, 44 persons who returned from other states and seven foreign returnees also tested positive; in all, 16,704 samples were tested.

Eight pregnant women from Dharmavaram town have also tested positive for COVID-19. They hail from various parts of the town and were shifted to Battalapalli RDT COVID hospital, RDO Madhusudhan said.
Kurnool, with 1,354 positive cases, continued to be the most-affected district. Krishna (1,063),  Anantapur (870), Guntur (802), East Godavari (619), Chittoor (591), West Godavari (604) and Nellore (477) are the other worst-hit districts in the state.

The highest number of recoveries was reported from Kurnool district (762), followed by 501 in Guntur, 463 in Krishna, 299 in Anantapur and 292 in East Godavari.

The total number of active cases in the state as on Monday 10 am was 4,826. Among those with travel history to other states, the highest number of infections was reported among returnees from Maharashtra (793). As many as 334 and 232 persons who came back from Tamil Nadu and Telangana have also tested positive.

Meanwhile, 299 who flew back from Kuwait, 10 from Dubai, seven from Qatar, five from Indonesia, four from Abu Dhabi, three each from Kazakhstan, South Africa and Bahrain, and one each from Muscat (Oman), Sudan and Russia have tested positive. 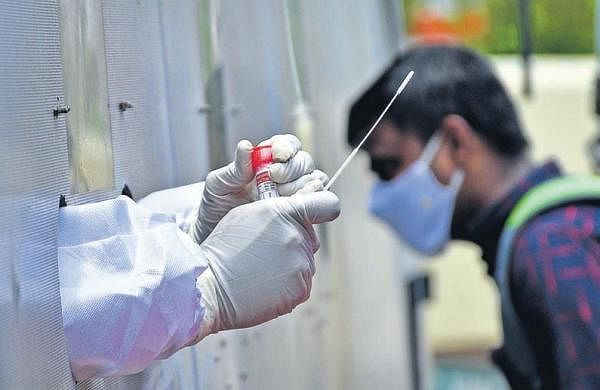