New Delhi: The woman arrested for a social media post questioning the lack of transparency in the government’s response to the gas leak which killed 12 people in Visakhapatnam earlier this month says that she is being targeted for raising basic humanitarian concerns.

In a move that is being seen as a blatant attack by the Y.S. Jagan Mohan Reddy government on the right to free speech, the Andhra Pradesh police had registered a case against the 60-year-old resident of Guntur on May 19, calling her Facebook post ‘objectionable’.

The post raises some ‘doubts’ about the government’s response to the leak of styrene gas from the LG Polymers plant near Vizag on May 7.

The Criminal Investigation Department (CID) questioned Ranganayaki on May 21 and issued a statement saying “misleading social posts against the state government cannot be justified as an expression of personal opinion”. The police also claimed that “her intention was not to ensure justice to the gas tragedy victims, but to create disaffection towards the elected government”.

The case against her has been registered under IPC sections 505 (2) (making statements that create or promote enmity), 153 (A) (promoting enmity between different groups on grounds of religion, race, place of birth, residence, language), 188 (disobedience to order duly promulgated by public servant) and 120-B r/w 34 (criminal conspiracy) and also under Section 67 of IT Act which deals with obscenity.

Former central information commissioner M. Sridhar Acharyulu has criticised the police for invoking these sections while registering the case. “A factory is allowed to work without any permission that resulted in serious environment crime, which is being charged for homicide. At the same time, the Guntur CID thinks that Ranganayaki’s comment will cause an offence,” he said.

Since the case against her was filed, Ranganayaki has varyingly been described as a ‘social media activist’, ‘member of the [opposition] Telugu Desam Party IT cell’ and ‘TDP activist’. Speaking to The Wire, Ranganayaki rejected all these labels, saying she is a business owner who does not describe herself as an activist. Though she supported the previous TDP government, she is not affiliated to it, she said.

“A narrative is being created to project me as a TDP member. I raised these questions solely on humanitarian grounds. My intention was not to shift the blame for the gas leak to the government, but to only seek more transparency,” she said. Ranganayaki said that it is a citizen’s duty to demand accountability from the government, and she would have raised the same questions irrespective of which party was at the helm.

The government has been evasive about questions raised by the media, she said, prompting people who wanted answers to draft 20 points and share it on social media, Ranganayaki said. Raghu Nadh Malladi, who had originally compiled the questions, has also been called in for questioning, she said.

“There is no clarity on how serious the gas leak was or if it can have a long-lasting effect on the health of those who inhaled it. A few days ago, it emerged that a person who had inhaled the gas has now died, possibly making her the 13th victim of the tragedy,” she told The Wire. Her Facebook post was meant to ensure that all the victims – the close to 20,000 people who may have inhaled the gas – know the nature of the gas leak, Ranganayaki said.

The Human Rights Forum (HRF) has issued a statement condemning her arrest. “Filing of the case amounts to a brazen attack on free speech. HRF demands that the State government immediately withdraw the case registered against Ranganayaki. The filing of this case betrays utter intolerance by those in power. It undermines and scuttles Constitutionally guaranteed rights to know, debate, differ, critique and dissent. These are quintessential rights necessary for the sustenance of a healthy and democratic society,” the NGO said.

It said that the questions raised by Ranganayaki in her Facebook post “are extremely pertinent”. “It is an admitted fact that the AP Pollution Control Board (APPCB) had granted Consent to Operate (CTO) to LG Polymers even though the plant did not obtain the mandatory Environmental Clearance from the Ministry of Environment, Forest and Climate Change (MOEF&CC). Running a plant without Environmental Clearance is an act of gross criminal negligence and the management is culpable for the human loss, injury and trauma,” the statement says.

Other rights groups have also said that while the government has promised to compensate the deceased families and the survivors, the criminal liability of the company, its management and personnel has not been raised.

During its term, many actions of the Jagan government have come under the scanner. It has been accused of ‘political vendetta‘ and suppression of media freedom. 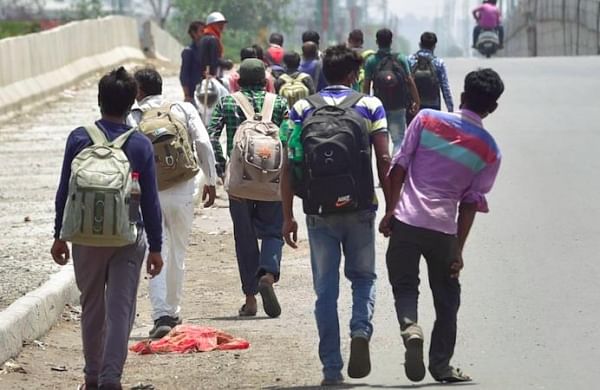